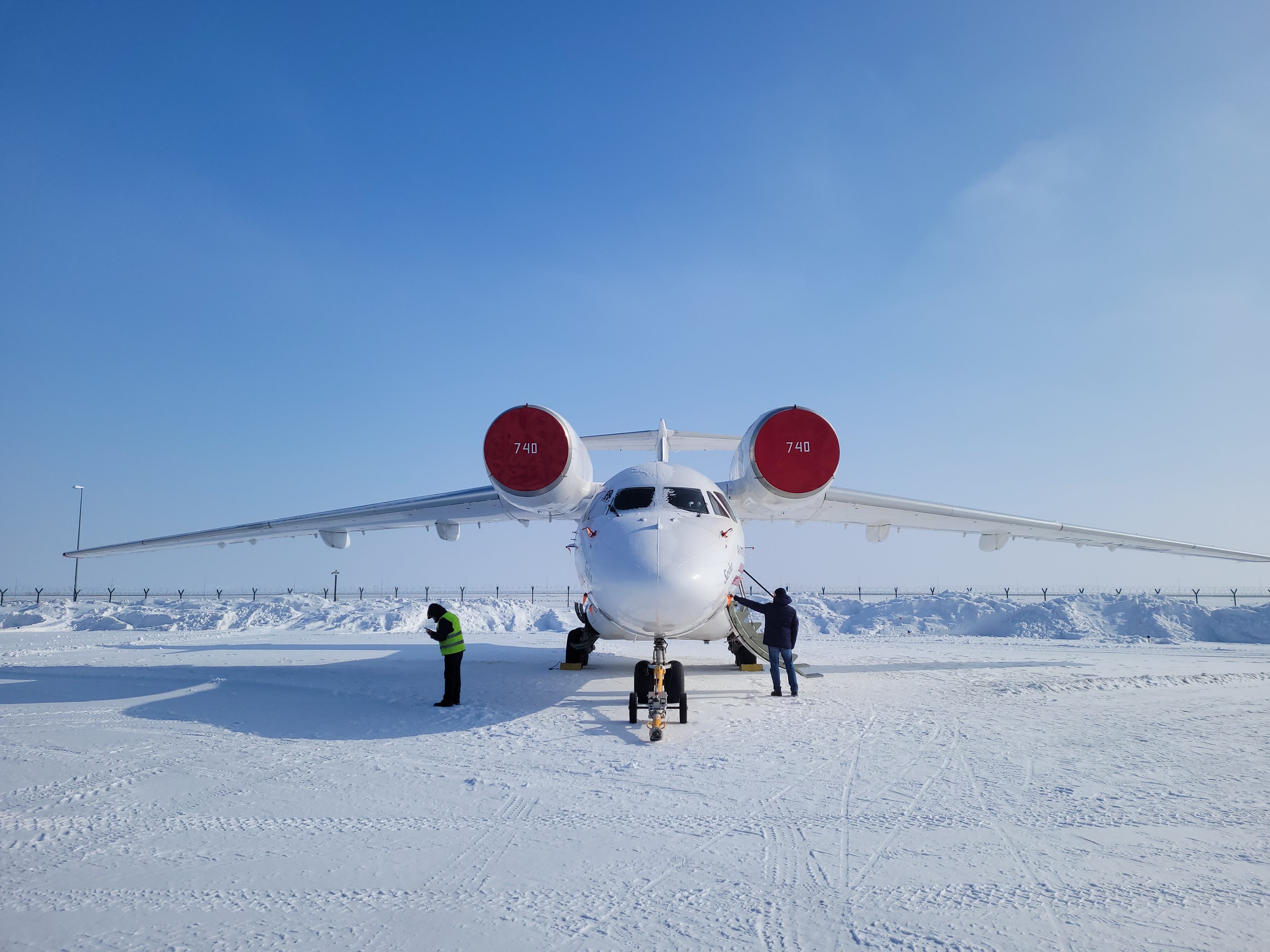 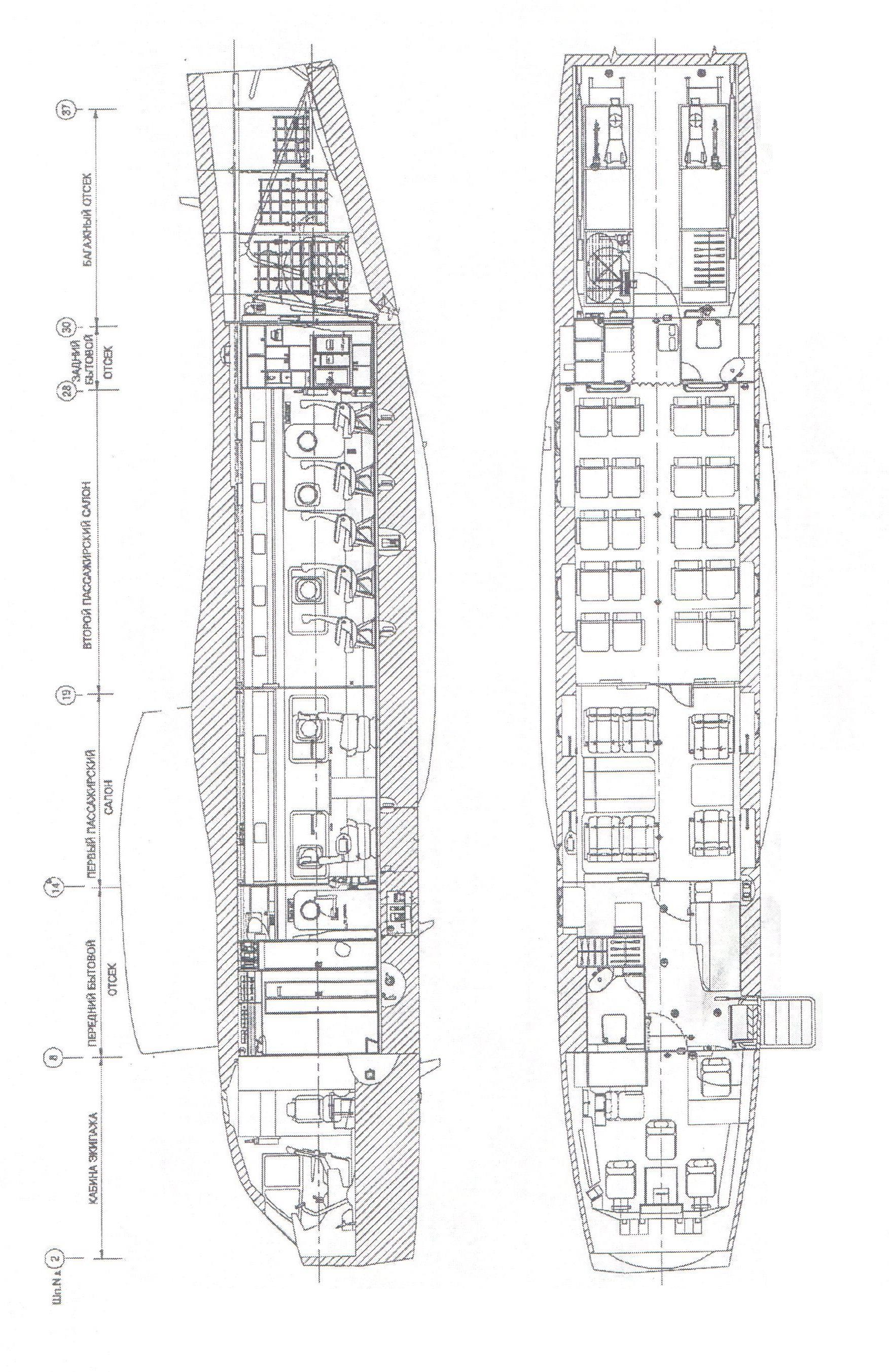 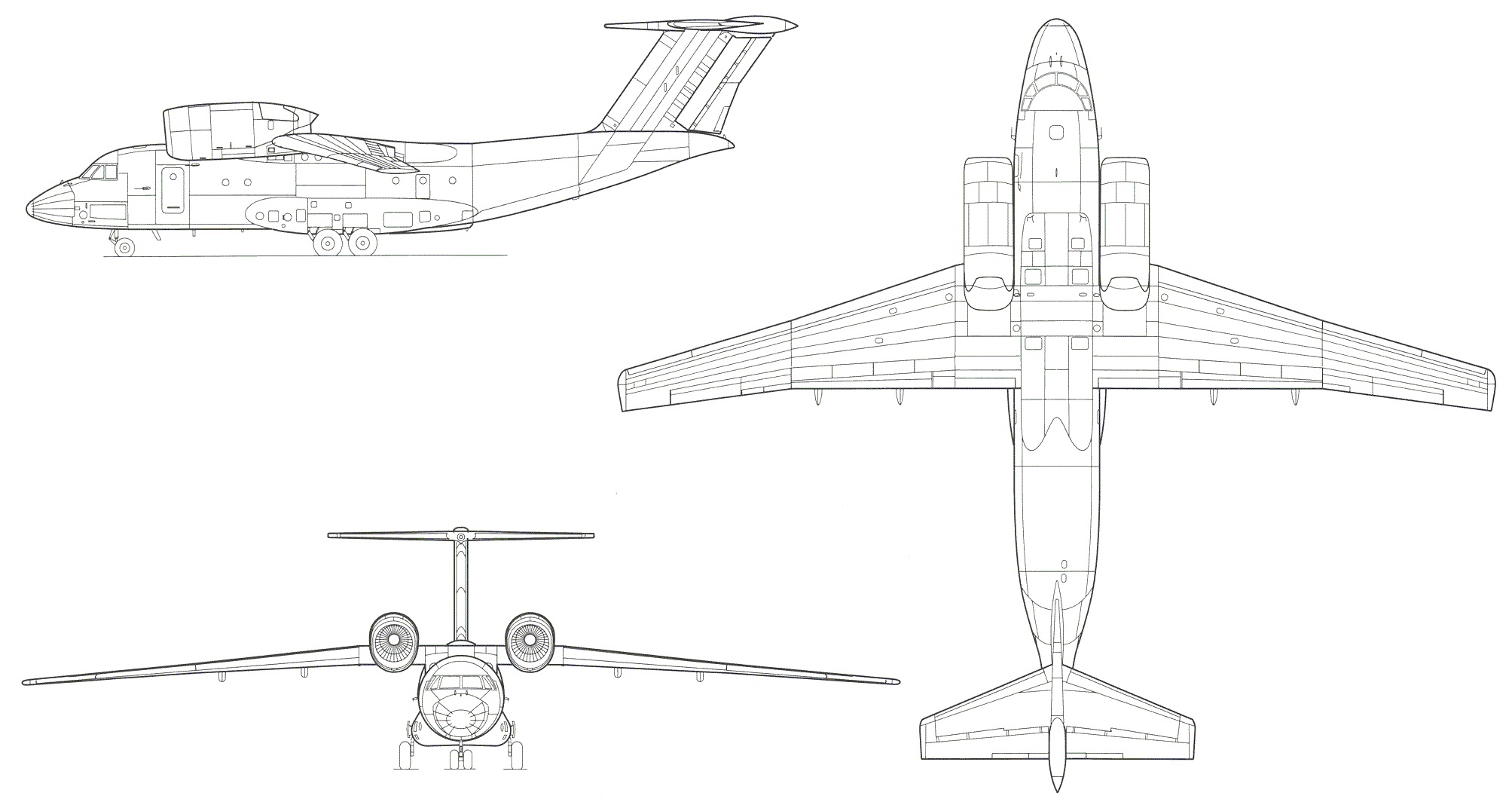 The AN-74 aircraft is designed to transport people, cargo and equipment on short-long and medium-long range airlines in any climatic conditions from -60 °C to +45 ° C and at any latitudes, including in the conditions of the North Pole and in high-altitude mountain areas. It can be operated on equipped and unequipped air routes at any time of the year and day from concrete, gravel, ice and snow airfields, on domestic and international airlines. The design of the aircraft is made according to the high-wing scheme with two D-36 series 2A turbofan engines with a take-off thrust of 6500 kgf (63.7 kN) mounted above the wing, and a T-shaped tail.

The crew of the aircraft consists of four flight personnel: