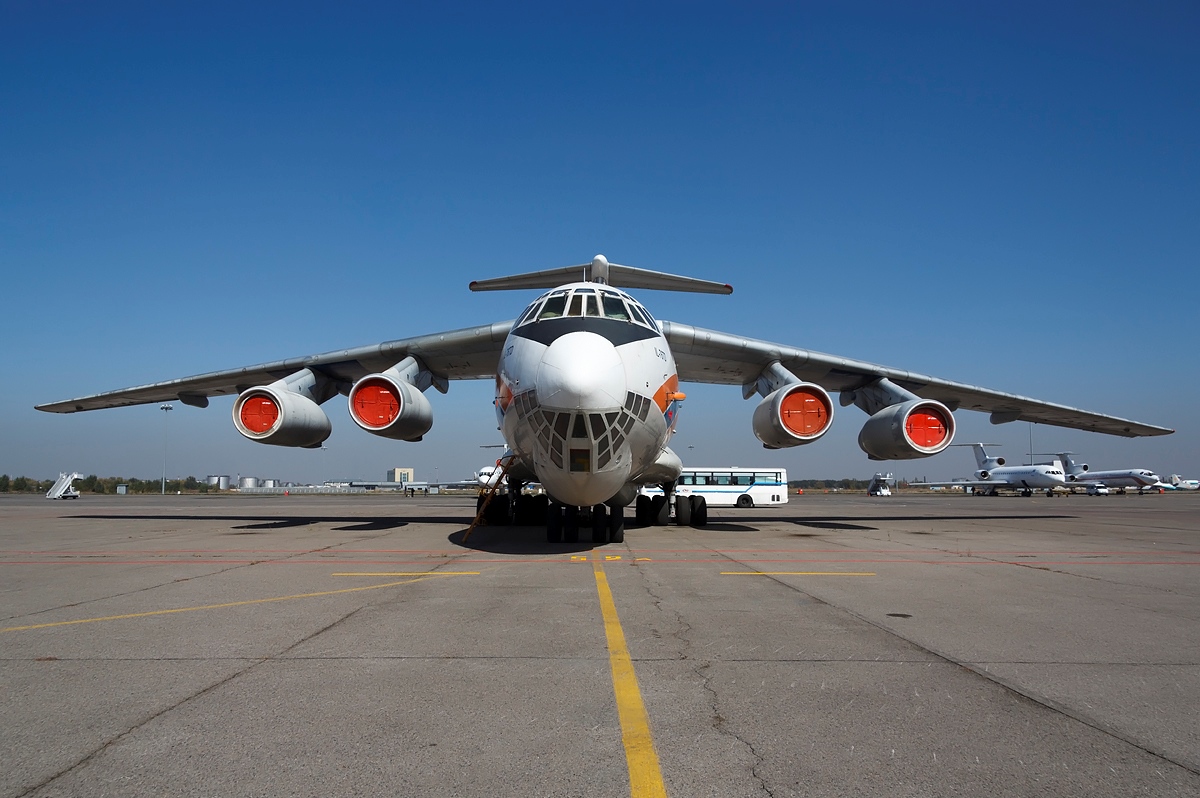 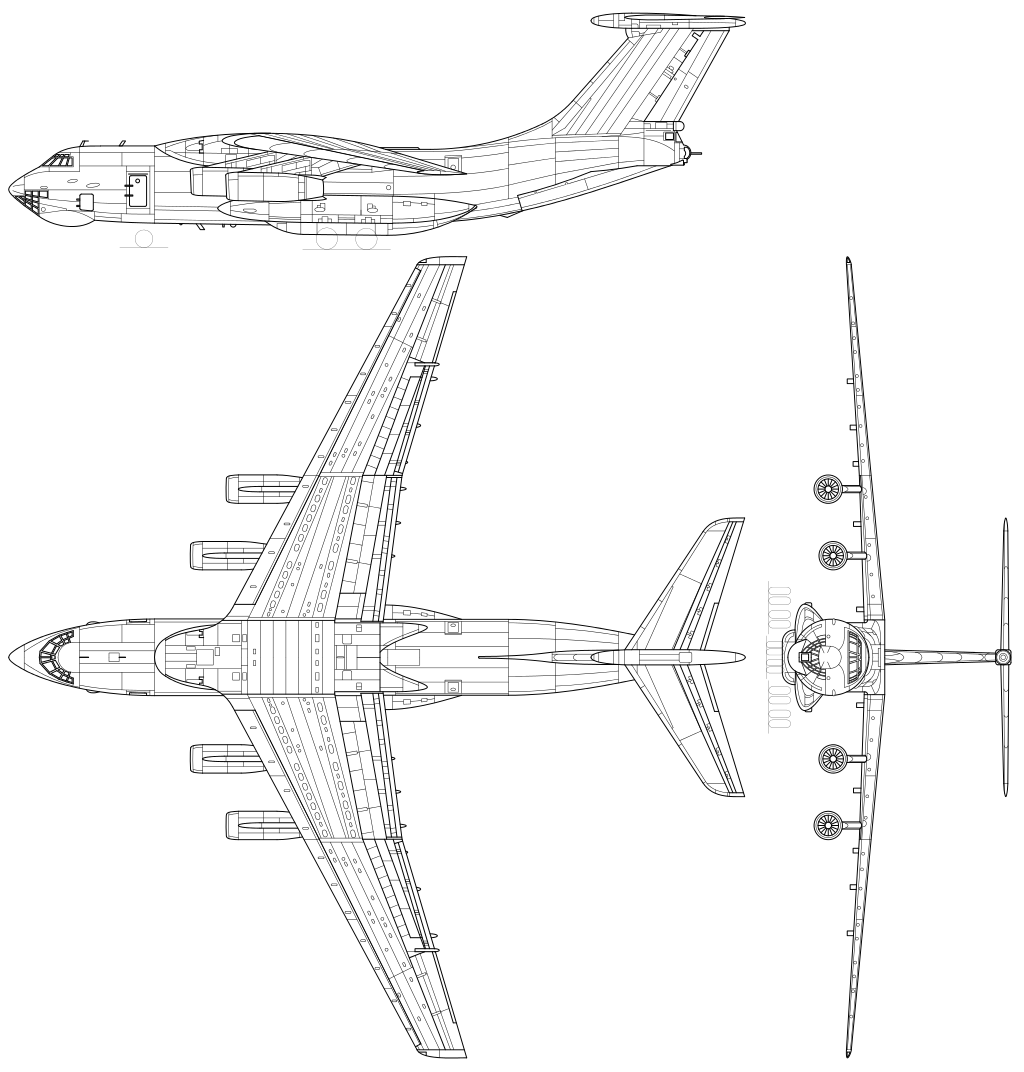 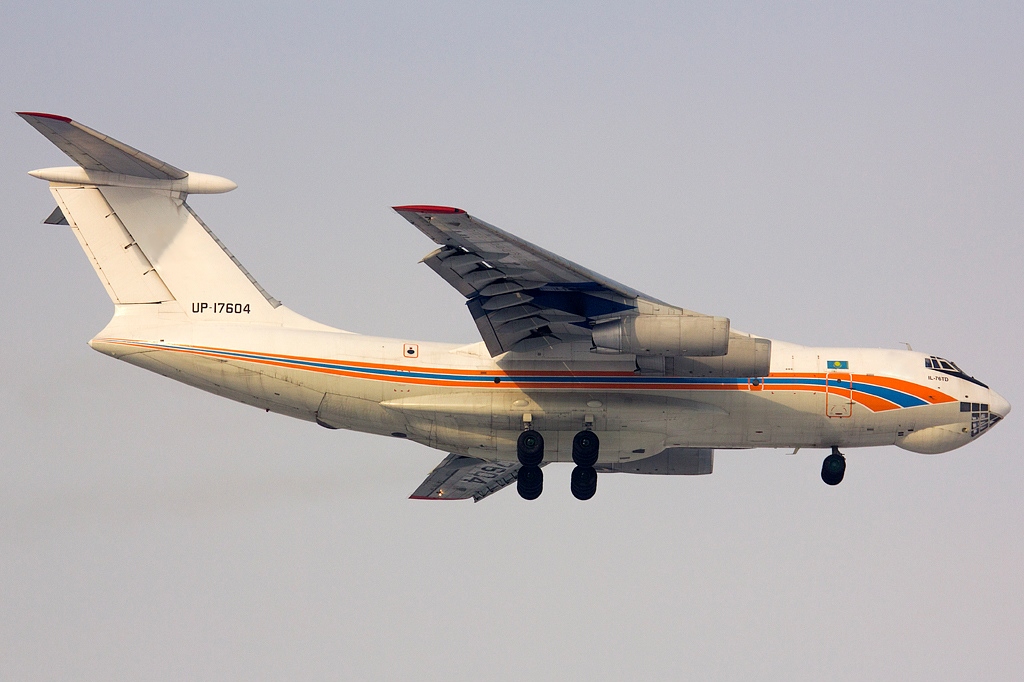 The IL-76 aircraft is designed to transport equipment and cargo of various types and purposes, is capable of delivering cargo with a maximum weight of up to 60 tons over a distance of 6500 km with a cruising speed of 770-800 km/h.

The aircraft is built according to the scheme of a single-body high-wing with a swept wing and a single-keeled T-tail, which is traditional for heavy transport aircraft. Designed for use on concreted and unpaved airfields with strength surface characteristics not lower than 0.6 MPa, it is capable of landing on an ice airfield in Antarctica. The take-off run length is 1500-2000 m, and the landing distance is 930-1000 m. The aircraft allows you to deliver cargo to hard-to-reach places, including drifting scientific stations in the Arctic Ocean using various methods of airdropping them.

The cargo cabin has dimensions of 24.5 m in length (of which 4.5 m is on the ramp), 3.46 m in width and 3.4 m in height, the inclined cargo ramp simultaneously serves as a ramp for the entry of vehicles. The cargo cabin is equipped with two cargo winches installed near the front bulkhead, four electric hoists with a lifting capacity of 2.5 tons and four ladders, the width of which can be changed, as well as floor mechanization. For the convenience of loading and unloading, the hoists can be extended beyond the ramp threshold by 5 m to lift loads weighing up to 10 tons. The floor of the cargo cabin is equipped with roller tracks, which makes it possible to load and unload non-self-propelled monohulls and for airdropping cargo and equipment on platforms and pallets.

The crew of the aircraft consists of 5 people:

Technical characteristics of the IL-76 aircraft: